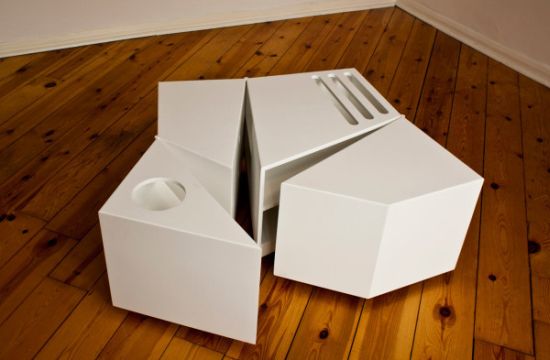 Inspired by mathematics and geometry, The D*Haus Company has created the D*Table that offers a number of configurations to meet your diverse needs. The D*Table is a Swiss Army knife of a table, as it’s 8 tables-in-1, literally. D*Haus was inspired by the “Haberdashers Formula”, discovered by English mathematician Henry Ernest Dudeney in 1903. Henry used this formula to transform a perfect square into an equilateral triangle by dissecting the square into four distinct shapes, which can be rearranged to form the triangle. The same formula has been used to design the D*Table.

The D*table is a functional 3D puzzle that changes its form into a flexible and highly adaptable low/coffee table. The design comprises of four components connected via removable hinges, which allows users to use them separately or rearrange them to form the table as per their needs and liking. In square form, the D*Table doubles as a storage box to keep your everyday stuff inside its inbuilt storage. The table features four individual units, each of which has a unique function.

The smallest unit “Red” can be used as a shelving unit and features a hole at the top for a plant or your champagne bottle. The “Yellow” unit has been divided into two long angular drawers. The Largest unit “Blue” in the table boasts a wide split level shelving space with top surface articulation. The “Green” unit is a big storage box that comes complete with a folding lid.

While the D*Table measures 700 x 700mm in square shape, it is 1200 x 1200 x 1200mm in triangle formation. Highly flexible and multifunctional, the D*Table has been designed to complement different living situations and spaces. 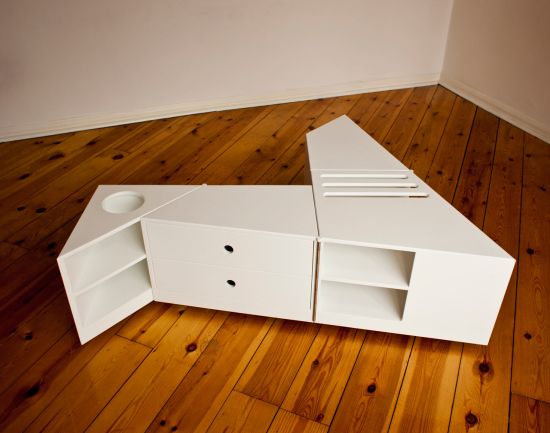 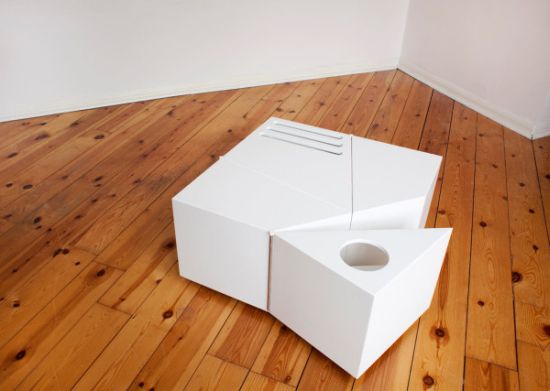 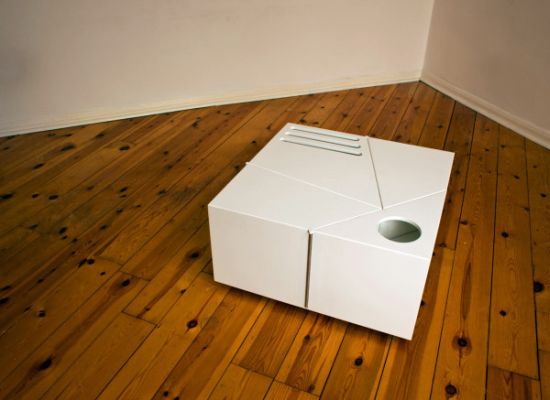 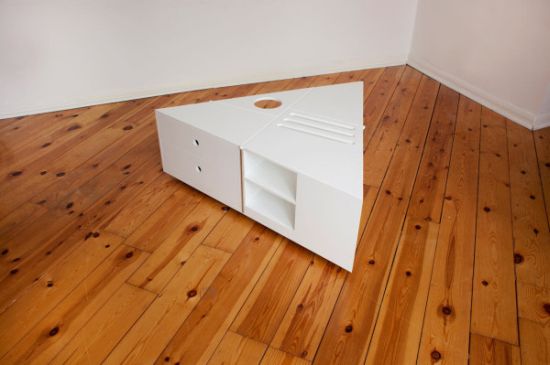 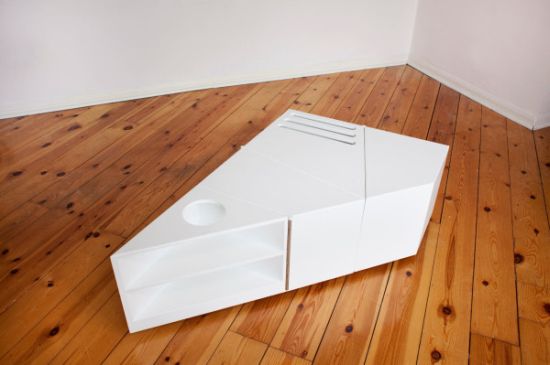 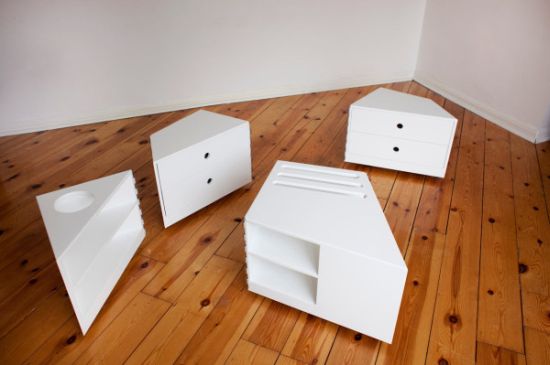 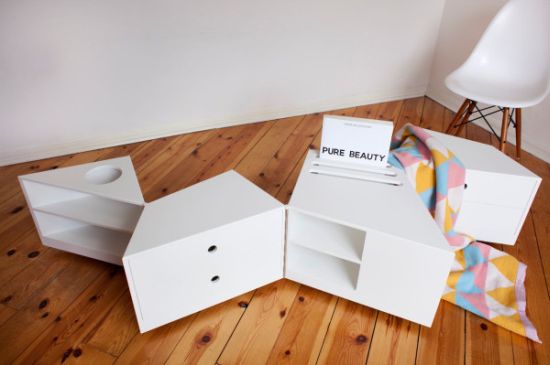 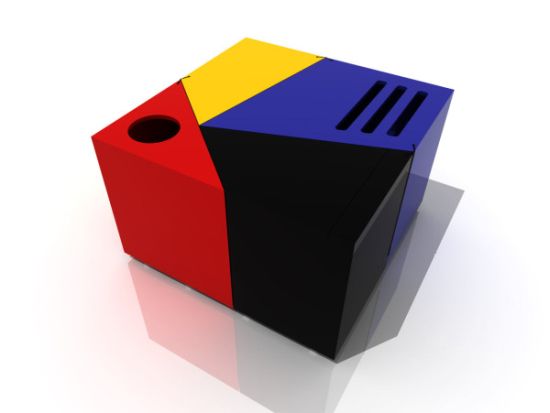 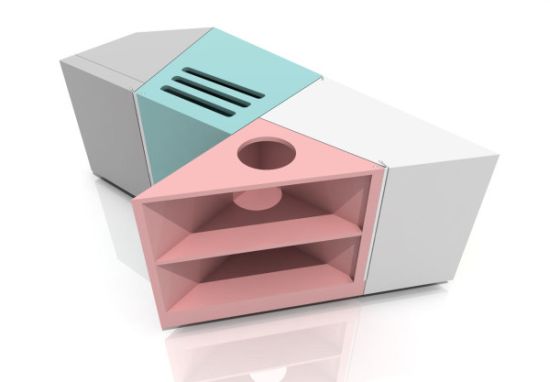