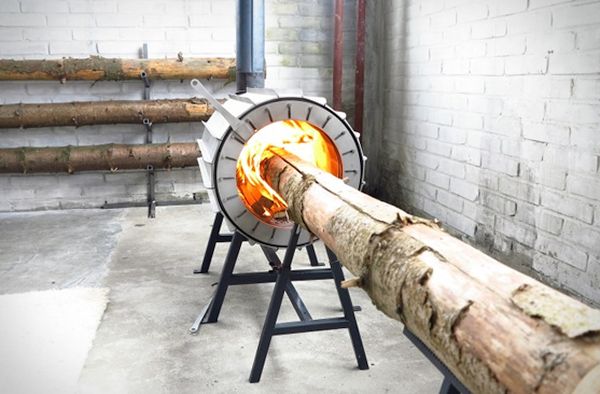 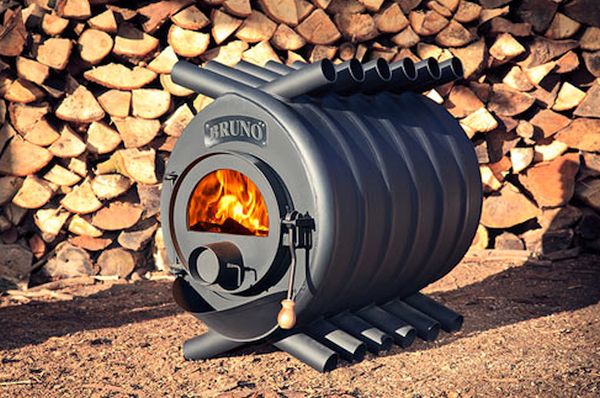 The Kimberly Stove is a sturdy gasifier built entirely with stainless steel, except of course the glass door. This stove is designed for smaller homes, RV’s, tree houses, cabins, it can heat up to 1500 square feet of area. Once the fuel is loaded it can burn up to 8 hours straight. The stainless steel stove is EPA/CSA certified and UL list.

The Kimberly wood stove extracts maximum heat from less fuel, thanks to the thermoelectric generator and the 12-volt blower system. This wood stove is 10-inches in diameter, 25-1/2 inches tall and weighs about 56 pounds.Roger M Lehet and team have created the Kimberly Stove.

Created by Dan McFarland an engineer from Massachusetts, the SmartStove, has the capability to monitor the burning wood and then automatically control the draft and fan to adjust the incoming air in the stove.The user doesn’t have to manually keep adjusting the knobs to make the fire burn properly.

Dan created the first prototype in 2005 and kept modifying it till 2010 to get the present version R6.3. The user interface of the stove has a LCD display to show the percentage of draft opening and fan speed.

Presenting, the unconventional contemporary wood stove- The Spruce.Michiel Martens and Roel de Boer, designers from Netherlands created this non-traditional stove which feds on the complete tree trunk instead of chopped wood logs. Their idea was to create something more adventurous and fun to use. Conventional stoves have a door from where the wood is fed into the stove, the Spruce has a shutter, which looks like the shutter of a digital camera.

Any onlooker may think that the stove will throw out flames as soon as the shutter opens, it isn’t the case, rather the draft keeps the fire inside.The stove provides sufficient heat to keep the place warm throughout the day by consuming a four feet long hard wood trunk. The inside of the steel drum is lined with bricks made of concrete which has the capacity to bear the heat of the flames and transmits this energy into warmth.

This is the reason this metal cylinder stoveis named The Bruno T10. These tubes collectively pass 15 kW of heat to the room where the heater is kept. The Bruno stove comes with an optional boiler, to heat water. The water boiler has the capacity to produce 3kW of heat to boil water.

Designer MatiKarmingot the idea of using the decommissioned mines from the World War II and changing them into furniture and a lot of other things like the chandeliers and fireplaces.Maticreated a company called ‘Marinemine,’ which specializes in mine furniture and artwork of similar kind.

The wood stoves designed at ‘Marinemine’ are nontraditional and bear cool designs as if coming out straight from a sci-fi movie.The stoves made from repurposed mines have a large metal cylinder and bear a glass door.

The Creativity of the designers cannot be infringed and more unusual designs of the wood stoves spring up each year, breaking the conventional boredom.

14 Must have IoT Devices for Smart...

8 Cutting Boards for Japanese Knives You...

Play with your food, and the table...

Do not let your budget stop you...

Designing a kitchen that is perfect for...