Home Home Improvement Ideas Fixtures that get you a beautiful bathroom 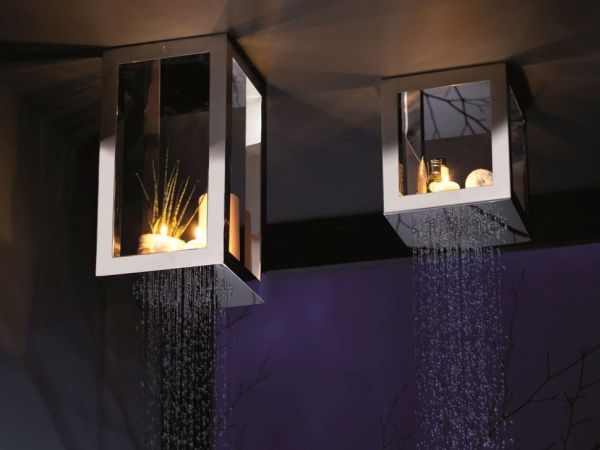 Fixtures that get you a beautiful bathroom 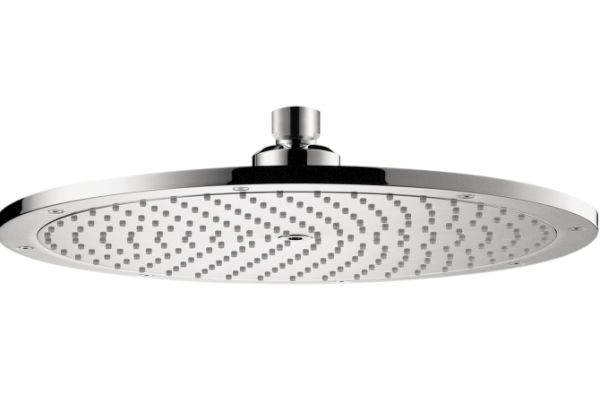 The shower is one place where a person is undisturbed of the every ringing phones and beeps of the machinery.Cool bathroom fixtures make your bathroom look awesome and at the same time give you a sense of relaxation.

It’s a never seen before shower, a single stainless steel pipe fixed to the floor and bent twice overhead with a single red tap at the center of the pole. The set up is very different from the conventional closed shower, half walls are built in the bathing space and a walk-in opening is left at the center. The wall ensures that the water doesn’t wet the rest of the bathroom and the half-open space gives freedom from the enclosure.

These stainless steel showerheads do not appear to be a showerhead from a distance. They look like a stainless steel shelf hanging from the ceiling.Designed by Peter Jamieson, the collection is called “Bougies.” Ritmonio of Italy is the brand behind it. The water is expelled as rain or waterfall from the overhead shower. The upper side of the showerhead is the shelf where you can keep tea light candles or incense sticks for aromatherapy.

Youreverydayshower experiencewill be enhanced to an elite spa like experience. To get a more dramatic effect two or more of these showerheads can be installed in your bathroom. The design series have four different mirror finished shelf-overhead showers.

The Royale showerhead has a built-in jet spray that mixes the water and air as a result, the water droplets become lighter and softer to produce an awesome showering experience. The nozzles on this showerhead are made of silicon, which is easier to clean, and the company claims fast lime scale deposit removal through its Quick Clean technology.

This is a unique bathing concept discarding the closed cabinet shower theory. Under the overhead rain shower is a large stone bowl shaped bathtub. The bathtub is designed to prevent spilling of water in the entire bathroom and give the feel of an open shower cabinet.

The marble stone bathtub has been created by Viet Marble.The concept of this bathroom is the artistic creation of Dublin based DMVF architects. Since the arrangement does not create the steam shower effect, it is more suited for the warmer climate areas or a well heated home.

This is a huge oval overhead shower attached to the ceiling of the bathroom. On the side of the oval fixture is a strip of continuous LED lights. The center of the showerhead is the stainless steel water dispensing mechanism. The large sized shower replicates the rain effect very well, in between the spray nozzles is a straight linefor the waterfall effect. The LED lights combined with the rain and waterfall effects, and not to forget the extra large size of the showerhead, gives a remarkable bathing experience.

After all the hard work you put in to achieve success, you deserve a luxurious living. A bathroom with amazing fixtures add to the luxury of your home and at the same time give you an enhanced bathing experience to relax the senses.

Working with basement poles when you choose...

Improve the look of your home with...

Add a fine touch to your home...

Omelet pans that all egg lovers should...

8 Ways you can bring empty wine...

Tips that will help you make an...

Add shine and style to your décor...

Things every room needs to make it...

Time to make your basement into a...