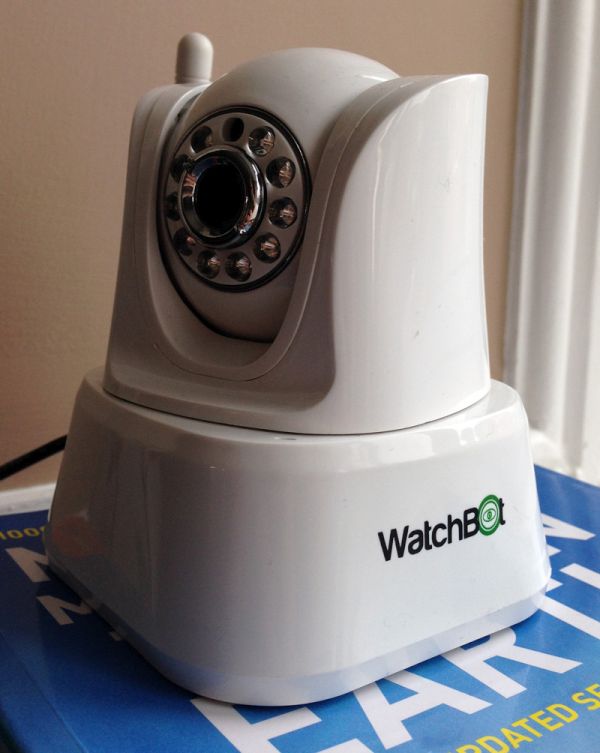 Burglaries and house break-ins are on the rise these days. This is probably why a lot of homeowners are opting for advanced security systems to keep the loved ones and their belongings safe.

Watchbot is a wireless IP security camera that can cater to homes and business offices alike. The affordable security camera allows users to view and monitor their homes and offices from remote locations, even if those happen to be thousands of miles away. In addition to being a security camera, Watchbot can double as a baby monitor camera, a pet monitoring camera as well as a camera to watch over elderly relatives. The security system can thus be considered as an effective solution to more than one security need at home and in the office.

So what features does the Watchbot Security System have that makes it a hit with home owners and businesses alike? Let’s take a look at them here.

Easy installation and set up

Unlike other security systems that take hours to install, Watchbot takes about 5 minutes for installation and setup. The elaborate security system uses a very simple plug and play technology that enables it to start working in 5 minutes flat. All you need to do is set up the Watchbot wireless camera wherever you want in your home, connect it to your smartphone, laptop, desktop PC or tablet and start getting a live feed of the video the camera captures. The camera can also be installed in any location, thus making it easy for you to provide security for even hard to reach areas.

The Watchbot security camera can move up, down, right and left easily. The directions are powered by the controls in your smartphone. The camera’s wide viewing capability allows you to enjoy a full view of the surrounding area. This helps you enjoy a bird’s eye view of your home inside and out, thereby keeping it safe from burglars and intruders.

Another salient feature of the Watchbot Security System is its motion detection mechanism which would alert you the moment it notices someone near your home. The system comes with motion sensors which would be placed in strategic locations around your home. If any of the motion sensors is triggered, the Watchbot camera would immediately take a screenshot of the area where it detected the motion and send it along with an alert to your smartphone or tablet.

The camera also comes with recording and playback facilities which would enable you to record footage which can later be used as evidence against a potential burglar. The camera remains on 24/7 and can work even without an internet connection. A night vision feature allows it to capture images and record videos even at night in pitch black conditions.

The Watchbot security system can use a maximum of 32 cameras as a grid and monitor all of these cameras simultaneously. This would be a great asset to your business where you can deploy these cameras at several strategic locations and then monitor them simultaneously from a remote location.

Another feature that puts WatchBot ahead of its competitors it is unique sound recording and two way audio features. The camera would record any suspicious sounds in the nearby area while the two way audio would help you scare off potential intruders by shouting at them through the camera. That’s right. You will be somewhere else. But you can talk through the camera and scare of intruders effectively, all with the help of WatchBot.

A lot of homeowners are opting for high end security systems to take care of their homes and offices. The WatchBot Security System offers a comprehensive security package for individuals with some rather impressive features that would help keep away intruders with ease.

DIY lightening fixtures with everyday objects for your...

14 Must have IoT Devices for Smart Homes...

7 tips to give your home a Japanese...