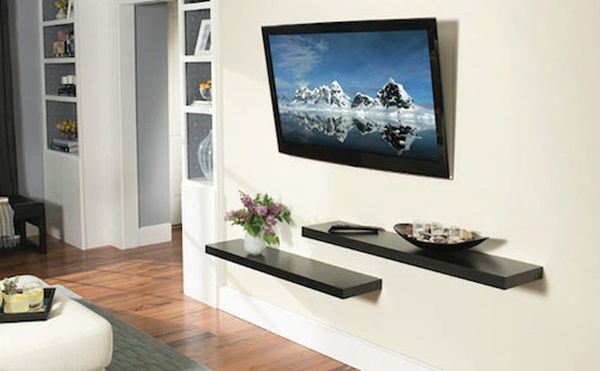 Decoration ideas to spruce up your wall mounted TV 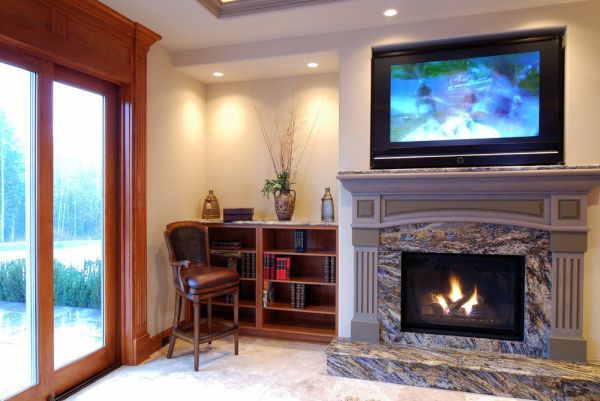 Almost all households have a TV in the living room these days. Often it is the center of attraction that is why the TV wall is paid a lot of attention. There are several ways suggested by Dr. Prem to make the TV wall a special one.

Placing a Wall Mounted TV above the fireplace will keep you entertained and cozy at the same time. Initially it was a tough choice to make between the TV and the fireplace, only one could be the center of attraction in the room. The calendar like flat screen TVs of today can easily be placed above the mantel.

However, certain things are to be kept in mind before going in for such an arrangement. The first thing to decide is whether you will watch TV and ignite the fire at the same time or use only one thing at a time. The chances are that you would want both at the same time. In that case, make sure that the temperature of the area where the TV is hung does not rise above the temperature recommended by the TV Company.

You can make use of a thermometer to check the temperature after igniting the fire in the fireplace. If it were more than the temperature specified by the TV Company, it would be better to place the TV somewhere else. Extra heat will cause harm to the TV and reduce its life. In case of a fault, the TV Company may consider the warranty of the product as void.

Another factor to consider is the viewing angle. The ideal height of the TV should be at the eye level of the seated viewer. Since the idea is to place the wall mounted TV above the fireplace the viewing angle needs to be adjusted. In case, you have to tilt the TV for the requisite viewing angle buy a wall mounting system for the TV. If the depth of the mantel is deep enough you can also consider pacing the TV on the stand and keeping it above the mantel.

Placing it between Artwork

If you think that, the TV on the wall is getting too much of an attention. Surround the TV with artwork on the wall. Placing beautiful pictures around the Wall Mounted TV will enhance the aesthetic appeal of the wall. The TV can also be mounted on the stand and then placed on the console, where it may be surrounded by the frames containing your favorite pictures or artwork.

The wall mounted TV can be accommodated between the shelves on the wall. It can be placed on a shelf with the stand on it or mounted directly to the wall. The shelves may contain artifacts or everyday items in a way that the TV is a part of the arrangement. Flower vases, books, may be even toys of children can be around the TV.

Surround it by books or decorative items

The TV may be fixed on the wall or simply placed, mounted on a stand, above a book cabinet. The bookcases may extend on the sides of the Flat screen or alternatively the cabinets on the sides can hold decorative items. The TV remains seated in between in a sober manner.

Exercise this option when you wish to highlight the flat screen TV mounted on the wall. The frame could be simply painted around the TV or a wooden frame may be created. A frame made of plaster of Paris may contain the TV, the frame may be painted golden, silver or any other color different from the wall behind it.

One factor to be considered before buying the wall mounted TV is the size of the room. The smaller the room the smaller should be the TV. If a big TV is placed in a small room, first the screen will not be clear, as the viewing distance would be smaller. Secondly, it will look inappropriate and may cause strain and headaches.

Checkout the robots that would be delighted...

Uplift your siding with these new trends

Top 10 Sofa Designs Without Pinching Your...

Styling and Tips for an Amazing Gazebo...

Enjoy the beauty of the sun and...

Time to make your basement into a...

Pitfalls to avoid when decorating your home