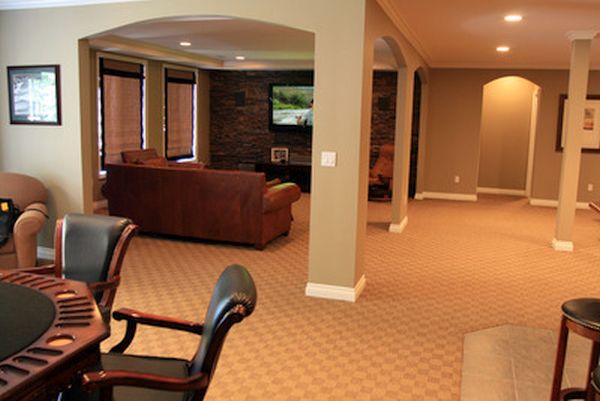 Working with basement poles when you choose redecoration 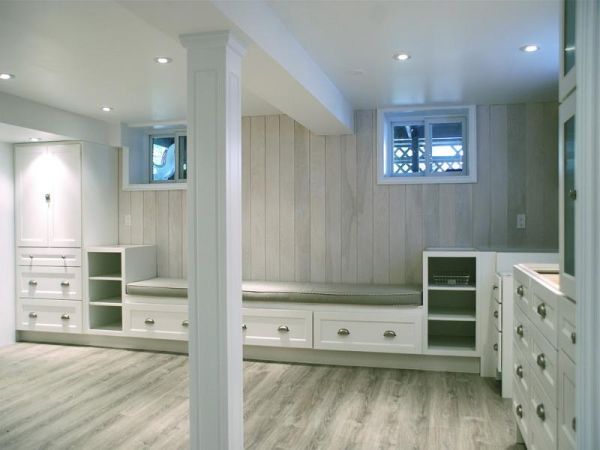 From the time you think of making modifications to your basement to change it into a space, which is livable, you know that there would be a lot of challenges to confront. The basements appear to be a small constricted place with tiny or no windows, low height ceilings and lack of light.

Often people wonder why they can’t get rid of the poles in the basement as they obstruct the open space. Well, we cannot remove the poles but rather use them in the design we plan for the basement.

A bar or a café arrangement

If you are considering converting the basement into an entertainment zone, you can start by incorporating a pole in the design. The first step is to submerge the pole in the background by painting it in the same color. The pole needs to be decorated with some dim lights and café or pub tables can be placed around the pole.

The place will change into a cozy bar or a café, which ever you prefer. When you host a party your guests will be over whelmed by the arrangement and enjoy the chitchat in your basement.

Include them as room dividers

Another way of utilizing the poles in the basement is to use them as space dividers along with other furniture. You can make use of bookcases, by placing them between two poles. Usually people keep their things just here and there in the boxes thrown everywhere in the basement.

Now, when you decide to modify the basement the storage will also be required to be re-invented. When storage units are placed between the poles, it becomes a neat storage and the space is divided for different purposes.

A kitchen between the poles

Entertaining guests in the basement is what you are planning for, then adding a mini kitchen would be a use full addition. A mini kitchen can be erected between the poles and a seating arrangement can surround the central area.

Seating arrangement and tables can lie between the poles. If you want to place more than two tables in your basement office, leave the central space open. Utilize the space in between the poles for keeping the tables and chairs.

A basement with some ventilation could be a great place for working out. A machine or equipment can be placed in front of each pole making them appear like a support. A combination of machines could also be in between the basement poles and the left out portion can be utilized for light jogging or warming up. If you are fond of weight training, a sturdy rack to hold the dumbbells and the bar bells can be made between the poles.

When remodeling a basement it is a good idea to start from the staircase. Make it attractive and follow the code so that they are safe. By applying, the ideas above the poles in your basement will no more appear to be a hindrance. In fact, they would be in ‘support’ of the design you create at the lower most level of your home.

8 Ways you can bring empty wine...

9 Things to know when your choose...

Homemade cushion and pillow ideas for your...

The 12 Best Smart Home Gadgets from...

Understanding the Significance of Contractor’s Insurance for...

Give your bathroom a unique look and...

Smart ways you can draft-proof your home...