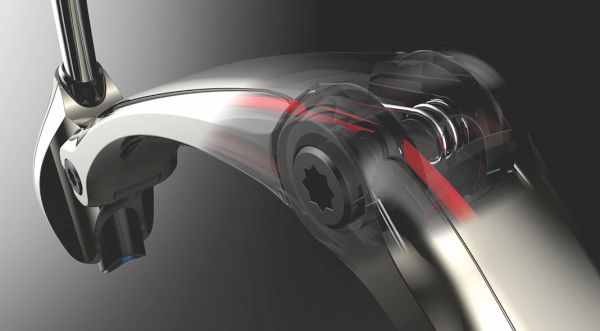 Lynx – Smart tap with induction heating for a smartkitchen

Industrial designer Murray Sharp developed the concept of a smart tap with induction heating that could perform multiple functions to facilitate kitchen work. The tap is designed for high-end users, who want everything in their house to be smart. The designer calls it the Lynx, which made on the principal of ‘why not’ instead of why’.  Sharp has explored possibilities of incorporating electronics and multiple functions including button activation through proximity detection. 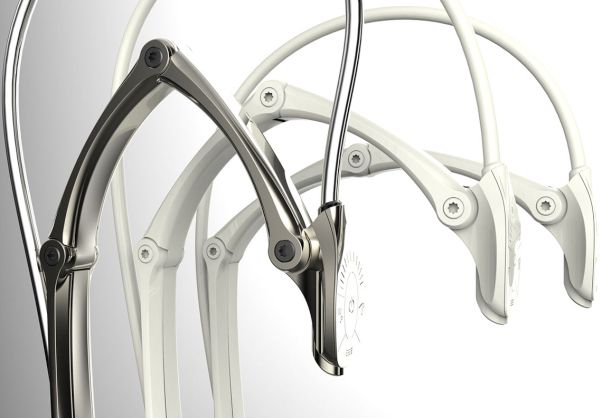 The tap of body of Lynx has been designed in a way that separates water supply to allow mechanical parts to move along with giving way to electronics or wires. Three pivot points allow user to stretch it anywhere between 100 mm to 300 mm.  The tap uses a torsion spring to retract to its default position after uses let go it. The electronics are mounted in the head of the tap and wires run through the body to the control unit mounted below. Tap’s arms are hollow, modulated to keep the wires hidden, unseen.

The tap uses PEX –cross linked polyethylene piping and is heat resistant upto 114 degree Celscius. The body is made of aluminum and stainless steel.

Lynx include induction heating and offers primary and secondary functions through provided four buttons on the front panel. Primary functions include on/off controls, flow-rate, and three temperature settings – cold, warm (dishwashing), and hot (boiling).  Holding the on button for three seconds activate secondary functions – the cooking mode to release a predetermined amount of water for various cooking and baking purposes.

Saves Energy and is Safe to Use 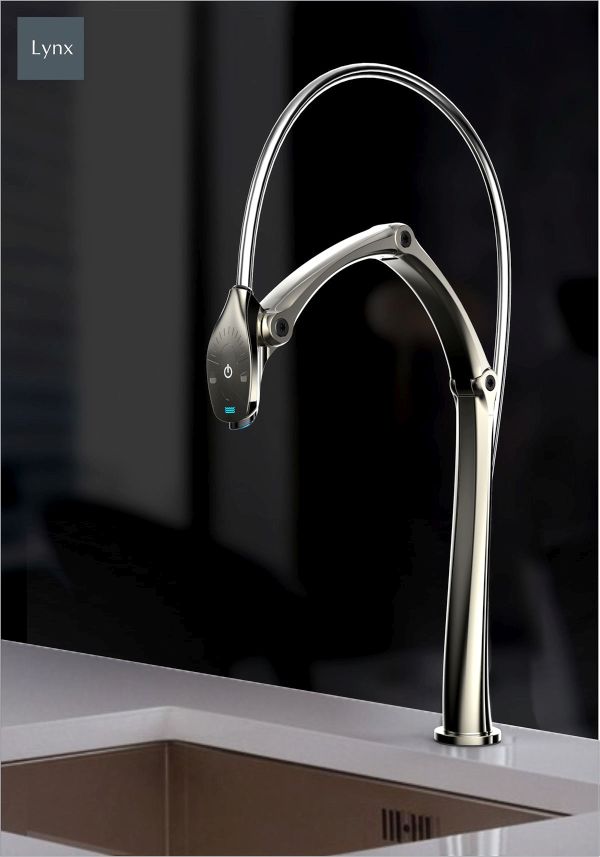 As an estimate, boiling water in kettle consumes largest amount of energy in an average kitchen. The kettle surface takes time to heat up before it could heat the water. However, the Lynx’s ability to provide boiling water instantly on demand cuts additional electricity consumptions and make your electricity bill lighter.

To ensurethat children or any users are not hurt hurt by boiling water, a safety code is used for Lynx. In order to release boiling water a user will require using a combo of various buttons.  The tap keeps the user informed about temperature setting through LED indicators – blue for cold, orange for warm, and red for boiling.

The design is perfect for smart-kitchens and eases down process of heating water at different temperatures for various tasks from dishwashing to cooking.  Obviously, the tap is designed for luxury consumers, and will come with heavy price tag, if it did.

Give your home a winter makeover with...

Top 10 tools you need this winter

4 Simple Ways To Cut Down Medical...

Small Details That Make A Difference In...