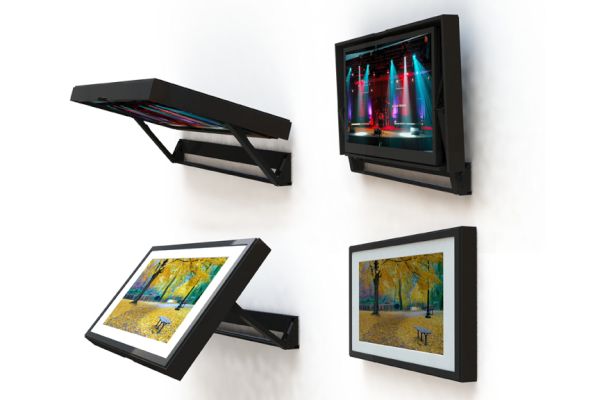 6 Awesome TV Mounts that help you watch television in style

TV stands are no longer preferred now that TV mounts have replaced them. In addition to classing up the place, TV mounts can help free floor space and reduce the clutter caused by wires hanging around. If you are considering getting a TV mount for your home, take a look at these awesome options that will let you watch television in any room in your home with style. 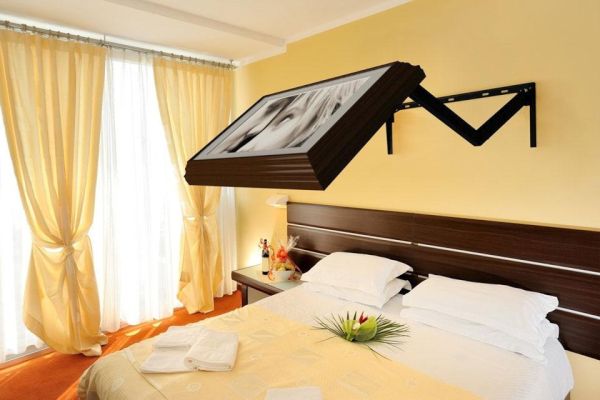 No more cranking your neck while watching your favorite television shows in the bedroom. The Flip Out TV Mount from Hidden Vision features a rack mount made of heavy gauge steel that comes with its own framing. While the front of the frame features a decorative paneling that holds a painting, the back hides your LCD television.

When needed, the push of a button causes the mount to flip out, revealing the television underneath the frame. The rack can easily support weights of over 50lbs and can accommodate any LCD television in the 15-32 inch screen size range.  All this without any annoying wires in sight! 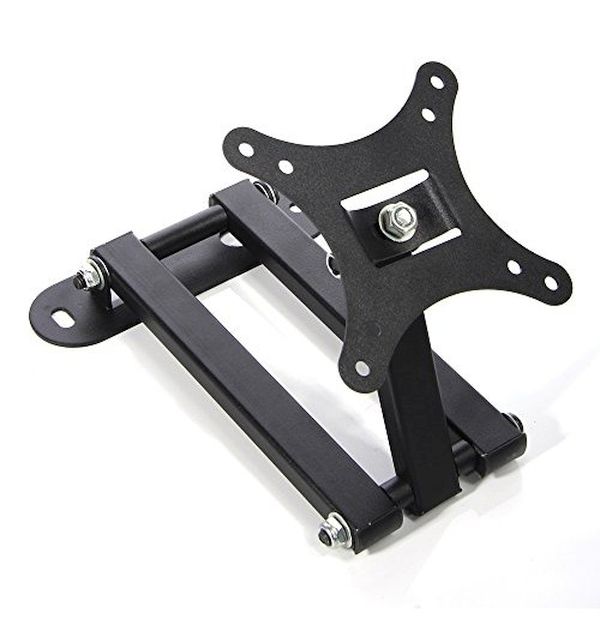 This TV wall mount is able to accommodate a number of screen sizes from 22-55 inches. It can also accommodate LCD, LED and plasma flat screen televisions with ease. This allows the wall mount to easily fit over 99% of the televisions already on the market. Capable of holding up to 66 lbs in durable, strong black finish body, the wall mount also comes with a dual tilt and rotation option.

You can easily set the viewing angle forward and downward by +/-15 degrees. Another added highlight is the 180 degree swivel feature that allows you to turn the mount as well as the TV to the right or left for minimal glare problems. It can also be installed in corners, making it a great space saver option for small rooms. 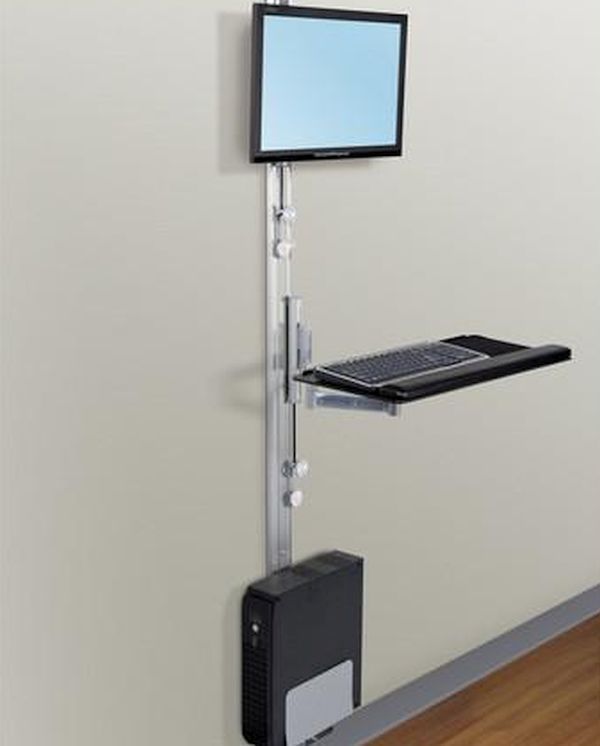 The V Track Wall Mount comes with the capability of supporting a 48-inch flat screen television weighing 50 lbs. The wall mount features a motorized frame which can be moved, swiveled or pivoted up and down or right and left. The frame holds a mirror or piece of artwork that completely hides the television behind it. The push of a button makes the frame slide or pivot aside to reveal the television and then move back into place afterwards. 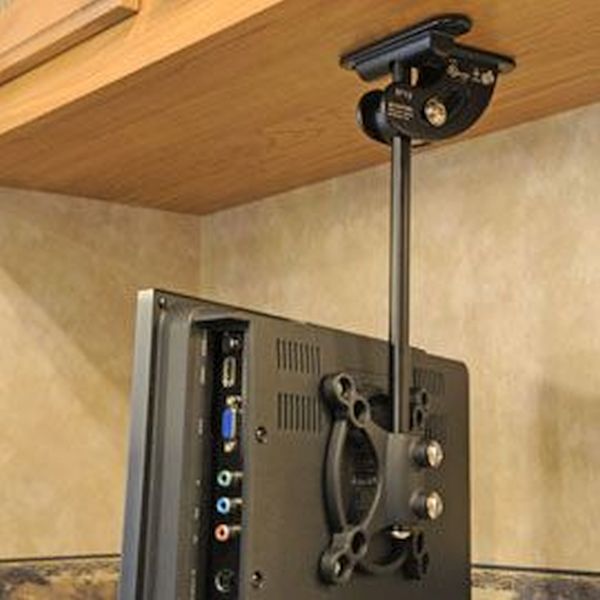 The thing about RVs is that most TV mounts don’t work in them owing to sizing or hardware mounting limitations. The Under Cabinet RV TV Mount aims to overcome this issue by mounting a small television (size 10-24 inches) under the cabinet in an RV. The television can be easily mounted underneath any cabinet, be it the overhead storage, kitchen countertop or any other overhead surface.

The mount comes with a fold up design that allows you to pull out the television when needed and simply tuck it back into its place underneath the cabinet afterwards. This is a great option for extremely small spaces where you are forced to use the space above the cabinet for more than one purpose.

The Hidden Vision TV Mount is another amazing TV mount that helps you conceal your television cleverly when not in use. Coming in two variants (Flip Out and Extended Flip Out), the luxury wall mount not only extends the television over the bed but also tilts it to an angle that is comfortable enough for viewing while lying down on the bed. Upon closing, the television is moved back behind a picture frame on the wall. 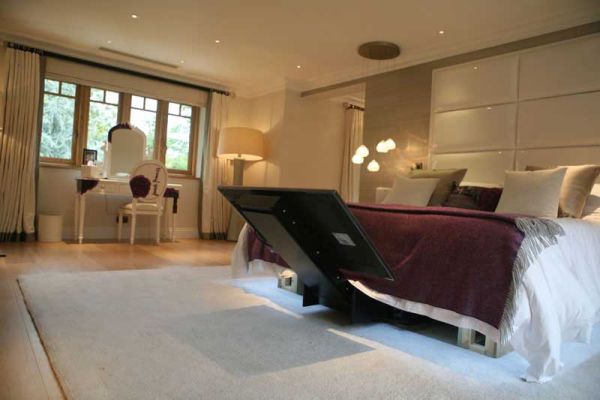 Don’t have enough space behind the walls to conceal the television? Then how about hiding it beneath your bed? The Under Bed Motorized TV Mount hides your television under the bed. The push of a button makes the rack pull out the television, swivel it around and then pivot at an appropriate viewing angle. Ready to hit the bed? Simply push another button and the television silently slides back to its hiding place without making a sound.

TV mount racks have become quite popular. In addition to saving floor space in the room, these mount racks allow the television to be viewed at any angle and aptly hide then away when not in use.

Ideas for Lighting on Your Porch and...

New Gadgets To Add To Your Home

7 Artfully Designed beds for the modern...

The Good and Bad of Home Owner...

Ensamble uses its modularity to make the...

Beat the summer heat and enjoy your...