Understanding The Pros And Cons Of Open Plan Living

Could we now see all those knocked through walls being built back up? 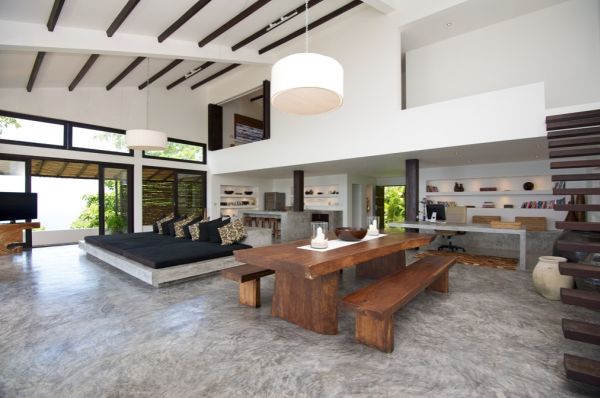 An open-plan space is one with none or few dividing walls between areas, creating an open, flowing layout with fewer traditional individual rooms in favor of a communal living space.

The design style is very much a response to the evolution of the modern family. Previously, houses were divided into many separate rooms to reflect the compartmentalized nature of traditional family life. You had the man’s study, the baby’s nursery, the woman’s kitchen.

As these traditional family boundaries started to break down, demand grew for a more inclusive, collaborative family space. And, with space at a premium in the modern city, it made sense to maximize usable square footage by simply merging the entire downstairs of the house into one room.

So why has the open plan living space fallen out of favour? On a practical level, larger spaces are more expensive to heat and cool. What’s more, smells from the kitchen may permeate soft furnishings in the lounge.

But the issue goes a little deeper. Renowned Australian architect Stuart Vokes believes these spaces are unable to provide places to ‘pause’ or ‘find silence’ – a crucial antidote to our hectic modern lives. In an interview for Australia’s ABC, he said, “Houses in the city are proving to be a place where you can find solitude. Rooms are really symbolic of that.” He has a point. The open plan trend is not just confined to the home – many offices are now laid out in a similar fashion, with banks of computers spread out across whole floors separated only by the odd glass partition.

Although we are primarily social beings, as humans we require a degree of solitude and privacy. With our work and social lives exposed online, it’s becoming more important for the home to offer us this space for thought.

What’s next for open plan? 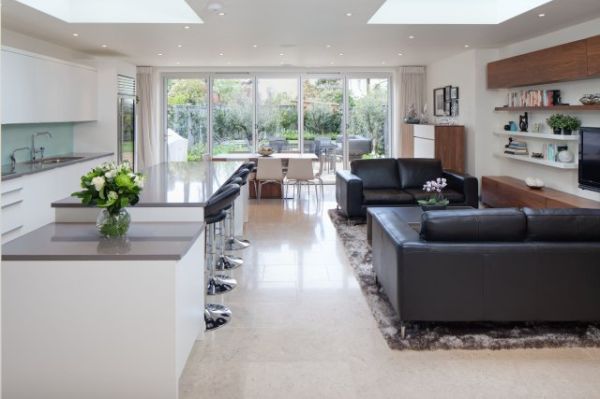 Although open plan has its issues, it’s safe to say that no one’s advocating a return to the restrictive traditional layout of the family home. So what’s the alternative?

A more involved solution is to zone living areas using semi-permanent partitions. You can do this in a number of ways – here are just a few ideas:

If you’re not interested in drastically changing the layout of your house then there are a couple of quick options available. Investing in a high quality extractor fan will make sure those kitchen smells get sucked right up. Also, upgrading your appliances to silent options will reduce noise, keeping the peace and quiet.

Understanding The Difference Between Orangery And Conservatory

3 Latest Trends in Plant Walls That You Should...

Things a Roofing Company Can Do For Your...

Looking for a Renovation Contractor? A Few Tips...

How to Furnish with White Kitchen Tiles

6 Steps to Renovating Your First Home: A...

Roofing Options and Materials That You Should Know

Thinking About a Renovation? Here’s Why Picking the...

How to Buy a Fireplace (and Why You...