Home Latest Home in the Sky: What’s it like to live in a High-Rise
LatestOff Beat

Home in the Sky: What’s it like to live in a High-Rise

Living in a high-rise apartment is something that everybody dreams of. Standing on the balcony of such a flat, everything seems so tiny and beautiful. The astonishing view from the high rise attracts many people and it is for almost decades that these high rises have been offering an affordable residential destination to the urban middle class. With the more number of people coming to the cities, the demand for the high-rise apartments is also increasing. This is because it can accommodate many people under one roof. Nevertheless, living way up involves many challenges, which cannot be denied and ignored.

You will have Neighbours all around: 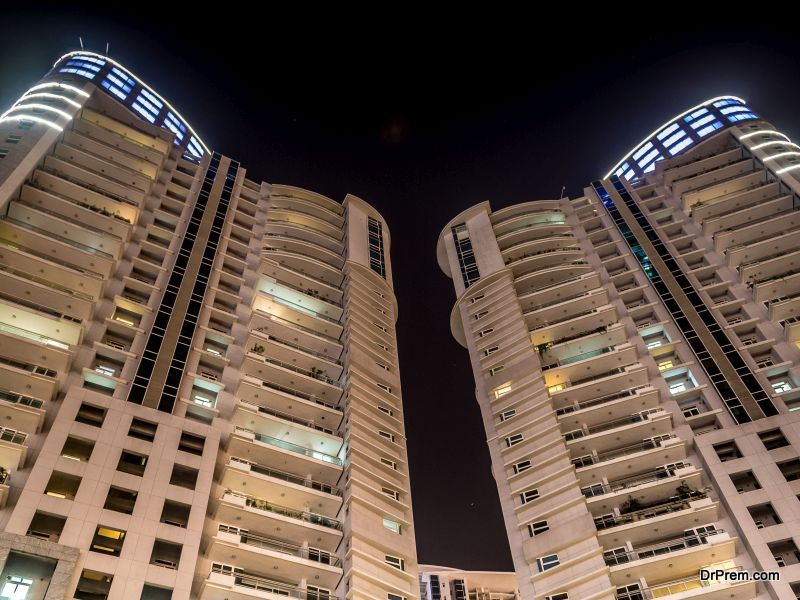 If you decide to live in a high-rise apartment, you will have neighbours all around you. This is why you will never stay free from noise. Sometimes the noise of the party going on in one of your neighbour’s room may trouble you. It may get even worse if your friends get drunk after partying in your flat, and they create a lot of trouble for others, then you will face a constant flow of complaints from your neighbours.

It is The Noise, Which Will Never Leave You: 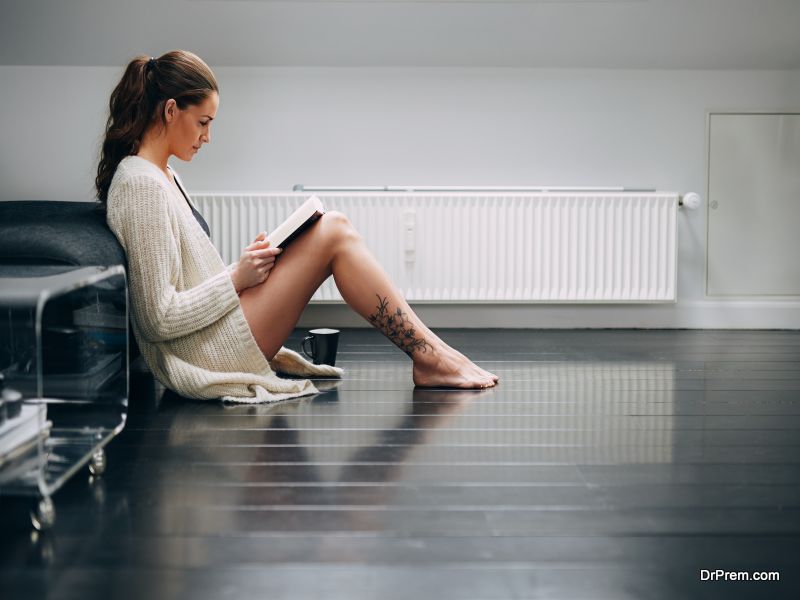 Apart from this, suddenly in the middle of the night, the sounds of the loud arguments between the husband and the wife residing above you may disturb your sleep. This is something that is unavoidable. One blogger called as Steven Orfield while sharing his experience of living in the high floor has mentioned that although the lower floors are comparatively more prone to street noise but it seemed that the top floors witness a clearer shot of the screaming of drunken or sirens of recycling trucks. On the other hand, besides the street noises and noises from your neighbour’s rooms, he also said that the high floors are a lot vulnerable to the low-frequency sounds of airplane and helicopters, which travel for long.

High Rise Is Not So Friendly For Your Pet: 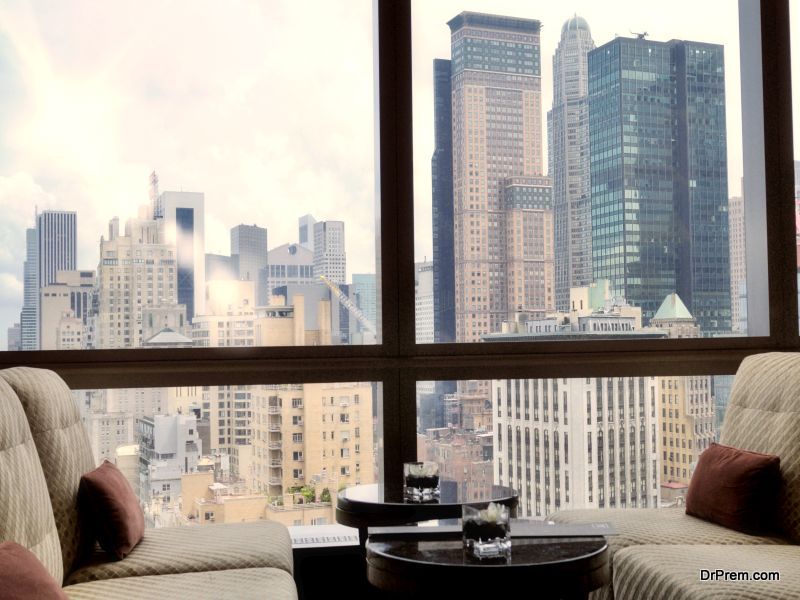 If you have a pet or if you wish to own/adopt one; then it is important for you to know that high-rise apartments are not pet-friendly. This is because you can only provide very little room for your pet to run around. Apart from this, pets like dogs are not so habituated with the elevator rides. One of the residents living on the 32nd floor is known to have blogged that pets are having increased number of accidents in the elevators because the distance between lobbies to the 32nd floor is quite long.

Regarding Heavy Dependence on Elevator:

If you start living on the top floor, it would make you heavily dependent upon elevator unless you have any such fitness issue. This is one of the most significant adverse effects of living in a high-rise apartment. It is obviously a part and parcel of the luxury living but when somehow the elevator goes out of order, you will begin to feel what it takes to pound on stairs. it is one of the biggest concerns many senior citizens have. Another problem that you may face is that the speed of the elevator may not be fast. Just imagine you are getting late for office and while coming down the elevator is stopping at every floor. This is the most horrible experience one can witness while nestling in a high-rise apartment.

It is Prone to the Light Pollution: 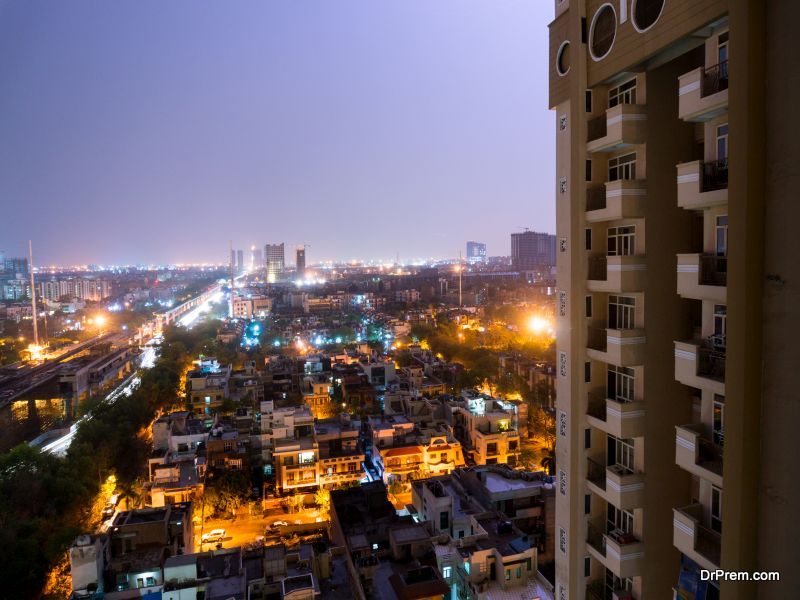 Despite the facts mentioned there are some other notable challenges. The people living on the top floors of high-rise apartments sometimes cannot sleep due to the light emitting from the unshielded billboards. In the cities, the numbers of huge commercial billboards are increasing day by day. This is why many residents who live in high rises even prefer to use thick curtains just to avoid the reflection of streetlights in their flats.

The Balconies Are Not Always Useful & Lack Window Dressing Opportunities 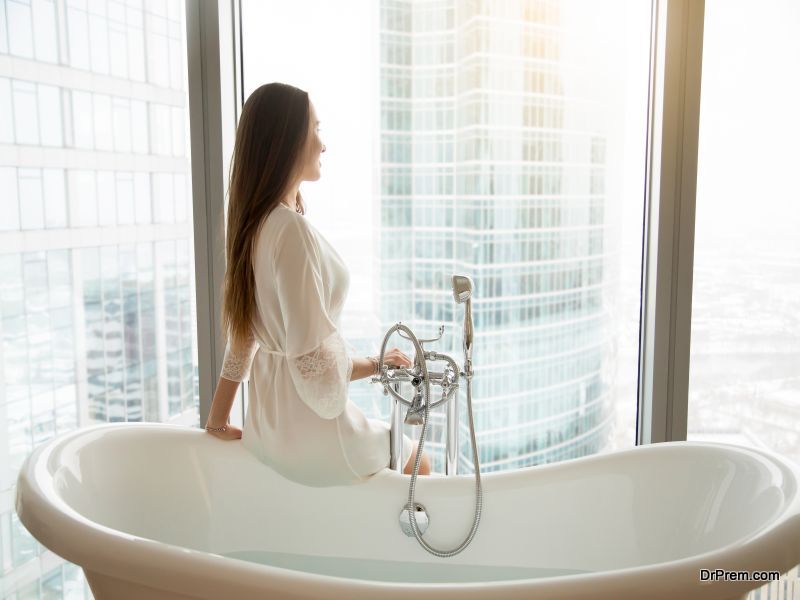 Besides this, in the top floors of the high-rise building, the outer open space often becomes virtually useless. It is because of the fact that with more height, it becomes quite windier. Thus, an over the windy balcony is never found to be so relaxing. Added to this a blogger named as Malcolm Carter is known to be said that high-rise building offers a limited window dressing opportunity as one cannot see what happening right on the roads, thus it almost makes one entirely unaware about the down areas.

So above mentioned are some of the facts, because of which still a number of people prefer not buying or renting a high-rise apartment. However, there are certain advantages too which cannot be ignored as well. So while you buy your own property make a proper comparative analysis of all the facts.

Add Beauty to Your Home with These Indoor Lighting Ideas

Bad Habits That are Killing Your Home Decor

What is A TPO Roofing System? Everything You...

Attractive Designs of Modern Wardrobes You Need to...

6 Creative Ways to Perk up Your Porch...

How to Maintain Tiny Mobile Houses by Poland...

Buying A New Home- Things to Look for...

Saqua combines functions of a sink and toilet...