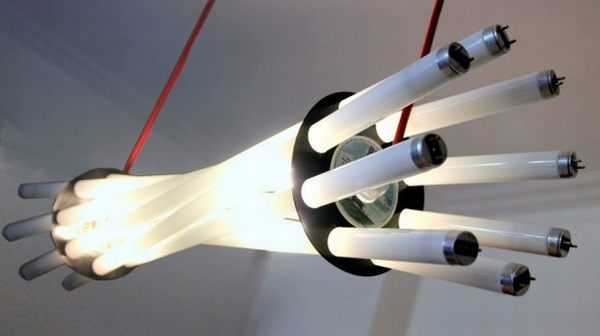 Designed by Gelmer Van Dorpe, the “Relight my fire!” light fixture is based on the ‘Cradle to cradle’ principle and uses waste as the building block for a new, innovative product. To create the stunning lighting solution, the designer has used a set of faulty fluorescent tubes, which he has connected together with two vinyl singles. The power cables were taken from a cable reel that had power interruption at some point. The only new things designer has used to create the lighting fixture are the two bulbs and the sockets.

In order to ease recycling later, no glue has been used in the process. As a designer, Gelmer Van Dorpe questions every new product in terms of its sustainability, complexity and necessity.

6- Simple ways of simplifying your home...