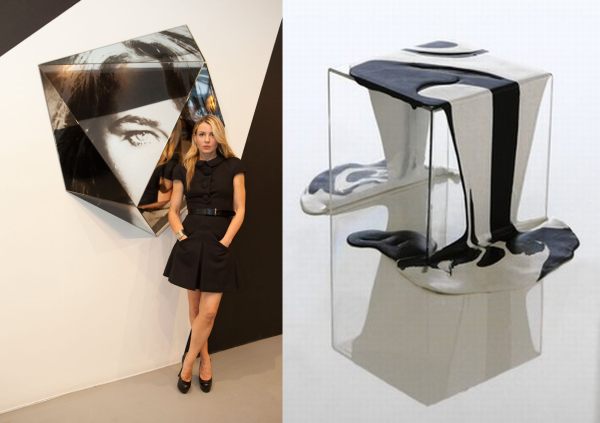 Kelly Behun and Alex P. White of kelly behun |STUDIO are showcasing a new line of studio furniture at the R 20th Century Gallery in a show called AFTER (Sep. 20 – Oct. 27, 2012). The collection includes limited editions pieces and various murals and original wallpaper designs. The line includes a beautiful side table that shows paint dripping off it like a waterfall. In total, there are six tables and pricing for these custom pieces starts at a cool $5,000. The new furniture line presents the design firm’s innovative vision for contemporary interior design.

The AFTER exhibition is also displaying vintage and modern works from R 20th Century, which have been selected by Kelly Behun and Alex P. White. Interior designer Kelly Behun is wife of iStar CEO Jay Sugarman.

DogiBag takes the stress out of traveling...

A table that fits inside a shipping...