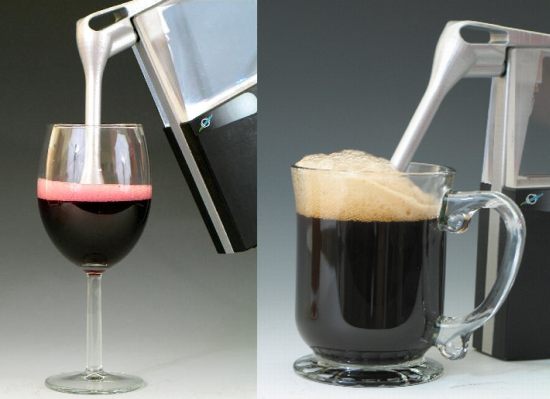 Developed by privately held research and development laboratory Separation Design Group based in Waynesburg, Pennsylvania, the O-Pal Personal Beverage Oxygenator is the world’s smallest oxygen machine that guarantees to improve the flavor of beverages by infusing them with oxygen nano bubbles. The patent-pending handheld device harvests oxygen straight from the air around us. Perfect for both commercial and residential applications, the O-Pal Oxygenator infuses your beverages with 95% oxygen in no time.

When put into the beverages via the detachable diffuser, the highly concentrated nano-size oxygen bubbles from O-Pal react with taste and aroma molecules to smooth the bitterness in coffee and tea, soften the tannins and sulfites in wine, release the natural zest of processed juices and invigorate the drinking water.  In order to put O-Pal into production, the company has launched a campaign on the crowdfunding site Indiegogo.

The most weird home gadget concepts

Easy Wash fits on to the bucket...

Five advanced kitchen gadgets that we all...

Gundam’s Haro gets a new life as...