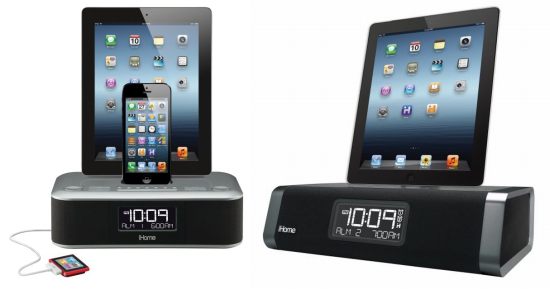 iHome, the manufacturer of award-winning clock radios and speaker systems for iDevices, has announced its CES 2013 lineup, which includes the company’s first Lightning-compatible docks for iPhone 5, iPad Mini, iPad with Retina Display and iPod touch. Other products on display will be Bluetooth speakers, headphones, Boomboxes and a new Cord Cruncher Cable. Priced at $149.99, the iHome iDL100 alarm clock dock features two Lightning docks and a universal USB dock to charge and play audio from iDevices. An auto sync feature synchronizes the unit with the time on iPhone/iPad/iPod Touch. The dock also comes with an aux-in jack for 3.5mm audio cable.

iHome will also be unveiling many of its popular headphones during the CES, including the iB85, iB10 and the iB22 headphones. The iHome’s complete lineup can be seen at its new booth in Ballroom C in the Las Vegas Hotel.

Trice Dishwasher to change your perception of...

Smart appliances that are a godsend for...

Things you should consider when buying a...

The refrigerator door gets a new job...