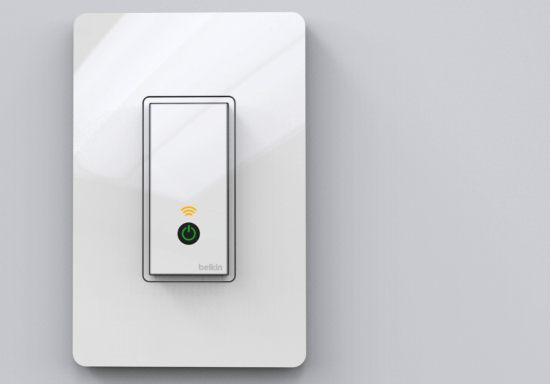 Belkin, the company that specializes in connectivity devices, has announced the expansion of its famous WeMo line with a new internet connected light switch. Offering Wi-Fi-connected remote home automation to the homeowners, the WeMo Light Switch is internet connected and lets users control wired household lighting from anywhere. The WeMo Light Switch connects to your existing electrical wiring and lets you turn on and off the lights remotely through a smartphone, tablet or PC. The light switch can be controlled via the free WeMo app.

It is compatible with any Wi-Fi router and any Apple device with iOS v5 or higher. Belkin also revealed its plans to launch compatibility for Android devices later this year. The WeMo Light Switch will hit the shelves in summer the Android compatibility could come at the time of launch or shortly after launch. Belkin is showcasing its devices at the 2013 International CES in booth #30651 in the South Hall of the Las Vegas Convention Center.

Five advanced kitchen gadgets that we all...

3 Reasons You Should Invest in a...

Everybody Forgets This One Appliance Until It’s...