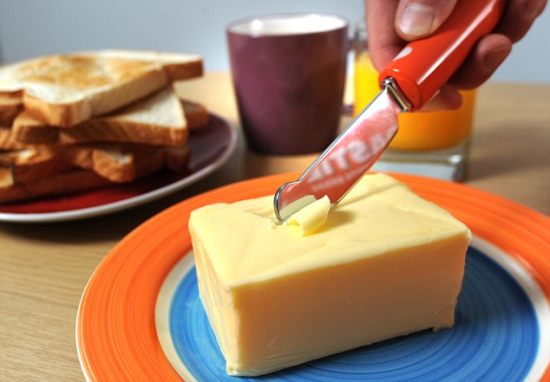 Spreading cold butter on to the bread slice usually becomes a problem when the butter doesn’t melt properly. My breakfast has been ruined a number of times because of the same thing. UK company Warburtons has come to our rescue now by designing a heated knife. Powered by AA batteries, the electric butler knife gets heated up to 41.8 degrees Celsius and spreads the butter evenly on your slice. The knife’s handle features a button that activates the heating element and flashing LED tells you that it’s doing the job for you.

The knife was created by Warburtons bakery after conducting a survey with 3,000 people. The poll found that most of the British people used hair dryers, microwave, heated knives and toaster tops to melt the cold butter. Therefore, the idea of a pre-heated knife made complete sense. Stuart Jones of Warburtons says…

We’ve fine-tuned the knife’s specifications to ensure the speediest heat-up and perfect temperature for spreading and we’re thrilled with how well it works.

It takes 30 seconds for the battery-operated knife to spread cold butter on a bread slice. The concept is interesting, but as of now, there are no details on pricing or availability.

Hue toaster does your bread by color...

Useful kitchen gadgets to save your precious...