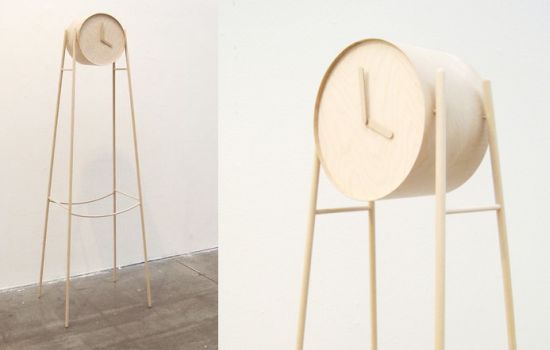 The winner of the Muuto’s annual design competition for Nordic design students, the Tick Tock wooden clock enjoys a distinct personality, thanks to its unmistakable shape and the noteworthy Scandinavian traits in material. To make this beautiful plywood clock, Charlotte Ackemar has broken down the clock in geometrical forms and lines to simplify the shape and add in the movement of the pendulum into the shape. She says that the sculptural Tick Tock clock is a transformation of the grandfather clock.

The keen focus on details made her clock design the winner of the Muuto Talent Award. The clock is made from thin birch plywood that gets the support from a wooden structure.

Mini-Vase by Rosenthal seems to have survived...

Turning a Fish Tank into a Home...

Revitalizer gives a new life to the...

This DIY kit lets you make your...

Practice the art of Bonkei with Metaphys...