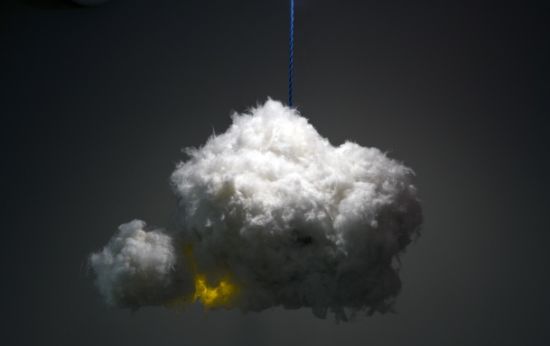 Arduino-controlled Cloud brings thunder and lightning to your space

This is not just another run-of-the-mill lighting fixture. Designed by Richard Clarkson, Cloud is an Arduino-controlled, motion-triggered lightning and thunder performance unit. Moreover, the Cloud is also a music-activated visualizer and a suspended speaker unit. The Cloud can be used either as an inviting light fixture or as a speaker unit with visual feedback. The nightlight/speaker combination unit presents a new spin on the form and functionality of a nightlight.

Richard Clarkson says that the recent advances in physical computing and interaction design hardware have resulted in a new class of smart objects that are achieving more traction in the design world. The Cloud was created with aim to capture the core of such designing.

This wine bottle hides inside all the...

Add fun and frolic to your living...

Ideas to help you design your outdoor...

Stunning lamps made with vintage skates and...